"In September, my teenage son was rushed by ambulance from the Renaissance Fair in Tuxedo, N.Y., to Good Samaritan Hospital in Suffern after choking on a piece of turkey. The care he received was appropriate; the bill was anything but. The charges, in fact, were mind-boggling. A statement the hospital sent to my insurance company, Aetna, showed that Good Samaritan billed $22,214.92 for a four-hour emergency room visit that included a physical exam, sedation, endoscopy and extraction of the stuck food. Even more astonishing, Aetna agreed to pay only $2,885.67 for the services — just 13% of the bill — and the hospital settled for that amount. How could those numbers possibly be reconciled?

To shed light on the real value of the medical services my son received, I consulted with billing experts and with administrators at Aetna — though not with representatives of Good Samaritan, who refused to return repeated phone calls. It also happened that my son had a second choking episode two weeks after the first, and the charges for his treatment at Somerset Hospital in Pennsylvania were included on the same Aetna statement. So I was able to compare bills for similar procedures at two emergency rooms. What I learned was that the numbers printed on hospital bills often bear no relation to reality.

That hospitals grossly inflate their charges, expecting insurance companies to radically cut the bills while hoping to wring bigger fees out of the uninsured. That the bill inflation can include double-charging for procedures. As but one example of what I discovered, consider Ondansetron HCl, an anti-nausea medication that both hospitals administered to my son. Good Samaritan charged $439.90 for the drug; Aetna allowed $77.63. Somerset charged $6.52; Aetna paid $3.26. Medicare pays 17 cents per dose.(Medicare este sistemul american de stat! Ha! Ha! Ha!)

This confusion is reflected up and down the bill, with multiple, conflicting prices for each medication and procedure. There are the sky-high costs that a hospital will claim reflect its expenses, and the much lower fees it accepts under contract with insurance companies. What’s missing from this complex web is any hint of what the services a patient received actually cost. The driving force behind all this, according to Aetna, is the way hospitals and the government do business.

The rates that insurance companies pay are negotiated based on what they believe a hospital’s true costs are. But then those rates are jacked up an average of 30% to 50% to make up for money that hospitals lose in treating patients who don’t have private insurance — which is the majority of them. So to make up the difference, they overcharge patients who are insured. This practice is called cost-shifting." 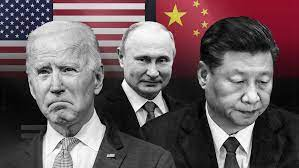