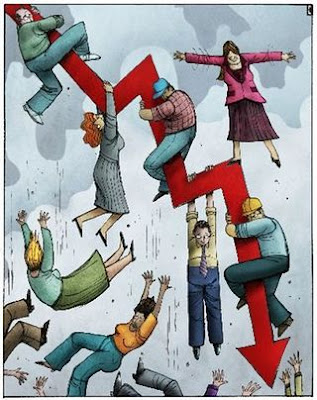 A German finance minister who believes in the Confidence Fairy. Should I be surprised? No. Germans suffer from a delusion. They believe that their post war economic miracle was made possible by keeping inflation very low and they are completely wrong. It was made possible by having a new currency after the war the value of which was very low in relation to the country's intrinsic long term industrial capability. As a result they gained massive economic momentum and a steadily appreciating currency that kept import costs low and helped keep inflation down. Workers were happy without striking for inflationary wages because the export boom and economic momentum resulted in lots of jobs and a productivity boom.

Even if Italy could force wages and other costs down, it could only be gradual and any export benefit of that would be more than offset by moribund domestic demand and morale depriving it of confidence, innovation and investment, the life blood of economic momentum. On the other hand a dramatic devaluation gives such a large gain in competitiveness than economic momentum can be achieved through export growth.

The problem is exacerbated by the fact that monetary policy is inevitably set for the core, which means that it supports private sector vigour in Germany and hinders it in Italy. That is, just as moribund Italy would start to get going, Germany would already be starting to overheat needing a rise in interest rates which would flatten Italy's green shoots before they were barely out of the ground.

The Eurozone cannot work except with Italy and the other periphery economies being permanent poverty stricken supplicants dependent on the largesse of an ever richer Germany. Can proud and ancient nation states like Italy tolerate such humiliation? No."

Mr Schäuble, Do you really think Italy can be fixed by austerity? Haven't you read about state capitalism or state investment, the kind of things that China is doing and Stiglitz is suggesting? How can Italy reform as long as it's got totally dysfunctional labour markets? I used to respect you, but now I feel you are just a negative image of an FT commentator, while they talk mindlessly about stimulus you talk mindlessly about austerity. Trichet & Bernake are hardly the brightest cookies in the jar, but even they have said it's time for politicians to start doing their jobs instead of pursuing economic populism such as Wind Farms instead of Nuclear Plants. Here you are lecturing us about democracy, but democracy brought us the likes of you lot- and we're dying for your power games. Talk about austerity if you must, but talk about reforms first and foremost. You have failed us Mr Schäuble, it's time for new German leadership. Give us an honest man who has the honest to tell us democracy is bunk, everything we believe in is bunk, and it's times to change our lives. This is not you or Merkel crawling around the centre ground grovelling to national interests and slavish opinions. Bring back Fredrick The Great, modern Germany is an anathema...

The goal is competitiveness not reducing the percentage of government spending to GDP. European government spending as a % of GDP is not excessive at all, it's the allocation of resources to social programs instead of investment that is the problem. What we want to do is reallocate spending and improve government efficiency, not cut blindly like some Chicago School ideologist. Schauble describes spending cuts as driving competitiveness in an off the cuff way, but it's like pulling a dog by the tail instead of the collar. Schauble's not thinking seriously, he's just on auto pilot. Expecting the private sector to step into the breach is absurd, it didn't happen in the 1930s or Japan, the 1980s was a fluke. Schaubles problem is that he doesn't really care, he has no vision, he just wants the status quo, so he plumps for spending cuts. But it's pure short term populism, to survive Europe needs the sort of vision the founders of the Eurozone imagined. Even in Germany it's crumbling, declining education, under investment, absurd energy policy. Think about it, the basic complaint levied at the German politicians that they are small time parochial two bit players is right. Only a complete idiot thinks democracy combined with constitutional spending limits will let Europe survive in the 21st Century - yet this is exactly where this pitiful article is coming from. The zombies are focused on his tough austerity message, but the real debate is at a completely differentblevel that these parochial squabbling women never even comprehend.

If that's convoluted, this if the goal as efficiency, or productivity. We want to improve efficiency by moving from social spending to investment spending, not by cutting spending given the economic circumstances. Schauble relies on invisible hand, he says impose deficit limits and this indirect hand off action will repair the hull. But it's junk, repair comes when the boss patches the working conditions and tools kit and motivates the workers. Schauble is like the Weimar liberal who fiddles wholes Rome burns saying as long as they can feel the heat they will figure it out by themselves. It's totally out of date non-interventionist non-scientific non-collective non-ambitious thinking. It comes out of his failure to confront his demos and move past hands off liberal democratic leadership of Europe"

Mr.Schauble is resolute in his opinion about austerity and he is wrong. Austerity is the worst possible policy for Europe and the global economy at this point in the crisis. Sadly his analysis is repeating the historic errors that contributed to the great depression of the 1930s. I write these harsh words not because I want to insult this political leader but because the times are perilous and toxic policy advice that seems not to understand the role of aggregate demand in an economy and its impact upon the GDP, as well as the economic history of the last century and the obviously negative impact of austerity upon employment is destructive.

Despite the hysteria of the bond market vigilantes and those who seek to profit by shorting sovereign debt the actual debt ratios of Euro members excepting Greece are quite sound, considering the elevated unemployment levels that prevail in Europe. These levels will decline as unemployment declines and growth resumes. Austerity does not permit this sort of recovery as it transfers spending power and income from those who need to spend to sustain their families to those who wish to speculate or to wait to spend until risk discounted rates of return improve.Austerity is not improving the situation in Greece. it is simply making things worse.

Deficit finance is a method of transferring surplus hoards of savings which are otherwise idle because of risk aversion or satiation of spending desire into productive investments in the economy. Paradoxically cutting expenditures to balance the books will increase unemployment substantially and also undermine investor confidence that projects are worthwhile because the demand for the additional output will be missing. Short term pain will result in little gain and long term pain.

A more intelligent monetary policy that emphasizes reducing unemployment and a resolute co-ordinated fiscal policy that seeks to stimulate demand as well as the creation of a Euro bond is a much better way forward."

From the point of view of the perifery, the Euro only makes sense if there is a clear path of convergence of their standard of living towards that of the core countries. To be condemned and controlled by Germany to permanent depression while Germany enjoys prosperity does not make sense.

We need a mechanism to promote the investment and establishment of companies form core countries to the perifery (industrial policy at European level), not just transfer funds. Without a formal Institution to promote the transfer of investment, the perifiery is much better off out of the Euro and let Germany enjoy a Deutsche Mark 40% higher than the current Euro.

Germany is the China of Europa. The German miracle has been based like China´s in a devalued currency no on low salaries as we are being told." 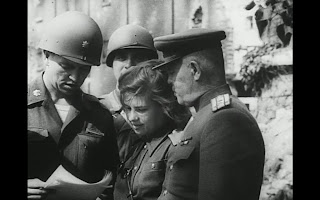