"Yet for teamwork jobs, like those in a government department or a large business, there is little evidence that individually-based incentive pay works. Indeed, there is plenty of evidence against it.

In particular such annual fine-tuning brings at least four problems. The first is demoralisation. It is great to be recognised, but hugely discouraging not to be. Research shows that assessment by different assessors often favours different workers – so it is not surprising that feelings of bitter injustice are common. Everyone knows that a system of promotion is essential, but annual performance-related-pay, which grades colleagues into classes, introduces unnecessary tension. Co-operation not competition should be the dominant ethos.
Without performance-related pay, the main motives to work well are the desire to be respected and pride in your job. Advocates of performance-related pay assume that these motives will be unaffected if a third motive is added – the quest for extra pay. But this is wrong. In fact there is good psychological evidence that offering short-term rewards distracts people. These experiments show that short-term rewards are effective for routine work, but not for problem-solving; those paid for getting things right actually do worse than those who are not paid.
Other experiments show that paying people for doing something actually reduces their other motives for doing it – the most famous example being blood donation, which is often found to decline if payment is involved. It is hard for some economists to understand that human nature is more complex than their models. But most people like to feel they are giving of themselves and giving more than is expected.

Even in the private sector there are plenty of successful companies that use no individual incentives at all, and their number is growing.

For example, Zappos, the world’s largest online shoe-chain, works entirely on a 10-point code that describes how you should behave, with the aim of producing happy customers and colleagues. Applicants are quizzed to see if they accept the code, and those who pass their probation are offered $2,000 if they choose to leave. Very few do. Indeed, the company has more applications per place than Harvard, and was recently bought by Amazon for more than $1bn.

Other companies have replaced individual financial incentives with incentives based on the performance of a group or the whole organisation. In the recent book "Shared Capitalism at Work", the authors show that more than a third of US workers participate in such profit-sharing schemes, and these are associated with greater employee engagement and better performance.

Individual performance pay is especially problematic in the public sector. Do we want subservient civil servants, looking over their shoulder for short-term approval, or people who passionately pursue the public good even when this involves telling uncomfortable truths?

Proposals such as those from Mr Hutton could also harm recruitment to the civil service. He thinks it would improve it, but I doubt it. The general level of pay is, of course, crucial, but so too is the ethos. Good people will flood into public service if they can expect to be given responsibility and to identify with the department in which they work.

Much the same is true in business. The way to encourage strong performance in public and private sectors alike is to motivate and appraise people properly, without creating sheep and goats. The consultants may like it, but for the rest of us such financial fine-tuning will do little good."﻿
la aprilie 18, 2011 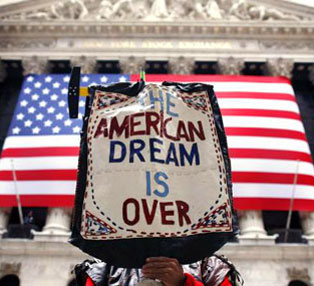